Scholarships are grants awarded to students based on outstanding academic achievements, or because they have met all requirements set out by the scholarship sponsor; donor or university.

One of the easiest ways of schooling in Canada is by winning a scholarship that covers your tuition fee and other expenses( feeding allowance, books, housing) etc. Canada is one of the countries whose universities provide scholarships for undergraduates.

Canada is well-recognised as one of the top universities and research institutions around the world. This is because the educational system here is based on cross-disciplinary studies with great facilities. These make fully funded scholarships in Canada for international students to be sought after. 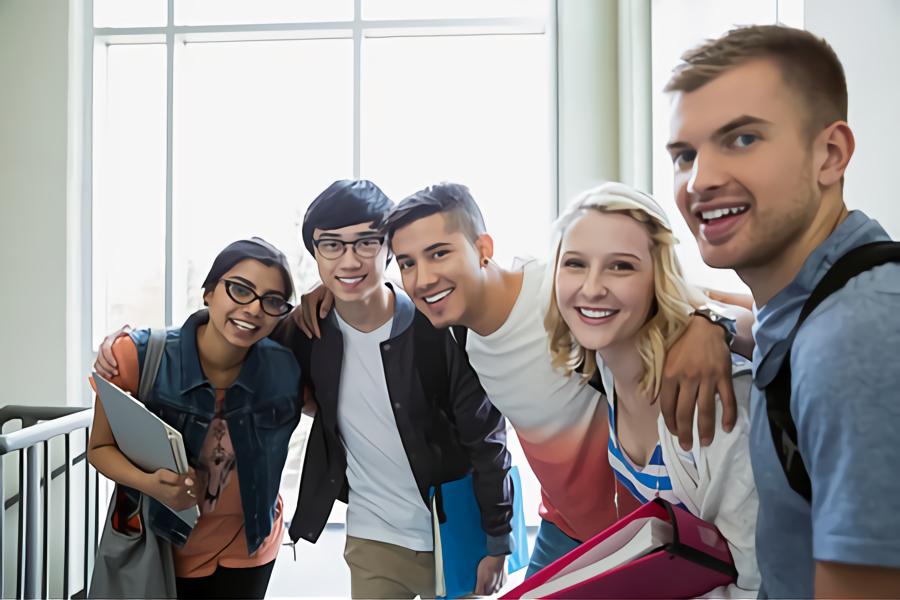 One of the reasons why Canada is a go-to place for international student destinations is because the country has a transparent, accessible visa application process. It is easy to get your visa as long as all the requirements have been met. Furthermore, international students can work and study. They are at liberty to work for up to 20 hours/week during school semesters and up to 30 hours/week during school breaks. Students who work around the school area do not need a work permit.

However, students who work full-time outside the school area must get a work permit. To make your study in Canada convenient for you, we have curated a list of Scholarships In Canada For Undergraduate International Students. The question ‘how to get a scholarship in Canada for international students?‘ has also been answered.

The Women in Technology Scholarship is awarded through Dalhousie’s Faculty of Computer Science collaborating with industry partners. This scholarship available at Dalhousie University does not only offer financial support but is also a platform for women to grow and develop in the world of technology through mentorship and guidance from women in technology as the need to have more women in tech arises.  Scholars are also offered internship opportunities by industry partners.

The scholarship comes in two forms are divided into two. The first is a sum of  $5,000  given at the beginning of the first year, while the other benefit is received during the scholar’s second year. However, the second half will be given on account of the student’s academic performance. To apply for this scholarship,  an essay and video demonstrating candidates’ past or current achievements must be submitted for them to be considered worthy of the award. Only women are eligible for this award.

MUST READ:  20 Remote Jobs in USA for Foreign Workers

The University of Waterloo is a public research university established in  1957. It became one of the first universities in the world to make available to undergraduate students,  access to state-of-the-art computers in the early 1960s.  Waterloo offers about 120 undergraduate degrees together with over 190 graduate programs. Furthermore, the University has 6 faculties and 12 faculty-based schools to administer its academic programs.

It has a total number of I 8,244 international students. The University of Montreal is ranked 151 in Best Global Universities and 5th in CWUR World University Rankings across the nation.

The University of Montreal is a public university established in 1878.  It has over twenty academic divisions that span across the social, natural and health sciences, as well as arts and humanities disciplines. Although the primary language of instruction is French, many programs like doctoral programs in biochemistry, neurosciences and pharmacology take in  English-speaking students.

Awards are based on need, with the university dedicating approximately CAD 10 million a year to the fifty recipients in the program. Recipients also gain access to unique learning opportunities, annual retreats, dedicated advisors, and more. The scholarship is valued at CAD 40,000 total, or CAD 10,000/year for four years

To get this scholarship, you must be an international student on a Canadian study permit entering the University of British Colombia from a recognised secondary school or transferring from your first year at another college or university. You must have graduated from high school no earlier than June 2021 and be applying for your first undergraduate degree. Furthermore, you must demonstrate a level of financial need that would otherwise prevent you from pursuing a degree at UBC.

Dalhousie University Scholarship is a fully funded scholarship for foreign students. It is offered for Undergraduate students. This scholarship is valued at $30,000 and covers a monthly allowance, housing, fee waiver and health insurance.

The university is located in Halifax, Nova Scotia, which is ranked one of the most friendly towns in the globe. Founded in 1818, it is one of Canada’s oldest universities. Dalhousie University has an array of award-winning professionals you can learn from. They integrate you with workplace experiences that prepare you for graduation.

The Concordia Presidential Scholarship For Undergraduates

The Concordia Presidential Scholarship is the University’s most prestigious undergraduate entrance scholarship that supports international students.  Each year, the University welcomes outstanding students from around the world to study, conduct research and innovate in our flourishing institution. This award recognizes international students who demonstrate academic excellence, and community leaders and are motivated to make a difference in the global community.

MUST READ:  10 Cheapest Universities In Poland for International Students

Concordia seeks nominations from school principals, teachers, or guidance counsellors, who know of exceptional students who plan to attend our school. The award covers all tuition and fees, books, residence, and meal plan fees.

The University of Saskatchewan accommodates more than 22,000 students. There are about 18,000 undergraduates, 3,400 graduates, 450 post-grads, and 200 students taking non-degree programs. USask accommodates over 3,000 international students from 130 countries.

According to various international university ranking bodies, the University of Saskatchewan is among the top 530 institutions across the globe in terms of education quality and available learning resources. It is also regarded as the 20th best university in Canada based on various academic-related factors.

The University of Saskatchewan competes internationally based on its overall performance and it is also known for its productivity per subject. The most popular subject is Agricultural Sciences which is ranked 89th in the best global subjects rankings. Other best-performing courses include Environment, Biotechnology and Applied Microbiology, and Plant & Animal Science, all of which appear in the top-200 category.

University of Saskatchewan Scholarship is currently open for undergrad, graduate and Doctoral programmes. It is one of the least selective universities in the world, so if you meet all the requirements and submit your application before the deadline, there is a high chance of being awarded the scholarship.

Other Scholarships In Canada For Undergraduate International Students available at Usask are;

University of Alberta offers over 500 graduate programs with 250 specializations and about 350 research areas.  Alberta University finds out how to take your education to the next level.  One of the perks of applying for University of Alberta scholarships is that an English proficiency test is not necessary.

Presently, the population of international students makes up about 9% (7,000) of the student body. The scholarship amount for an undergraduate student is CAD 120,000 for up to four years.

However, international students who have provided proof of financial capacity to immigration authorities to receive their study permit are not will not be considered until the first 12 months of study.

Cape Breton University is a public Canadian university established back in 1974. It offers Scholarships In Canada For Undergraduate International Students also postgraduate, or doctoral studies at this university.  Cape Breton University has about 1,200  international students from over 30 countries. It’s a very liberal and multi-cultural place to live and study as  Canada is a multicultural country itself. Regardless of your ethnic origin, you will feel at home on Cape Breton Island

Canada’s universities maintain high standards of academic excellence and are consistently recognized in top international rankings. Canadian degrees are recognized around the world as being equivalent to those obtained from other countries such as the United States of America. 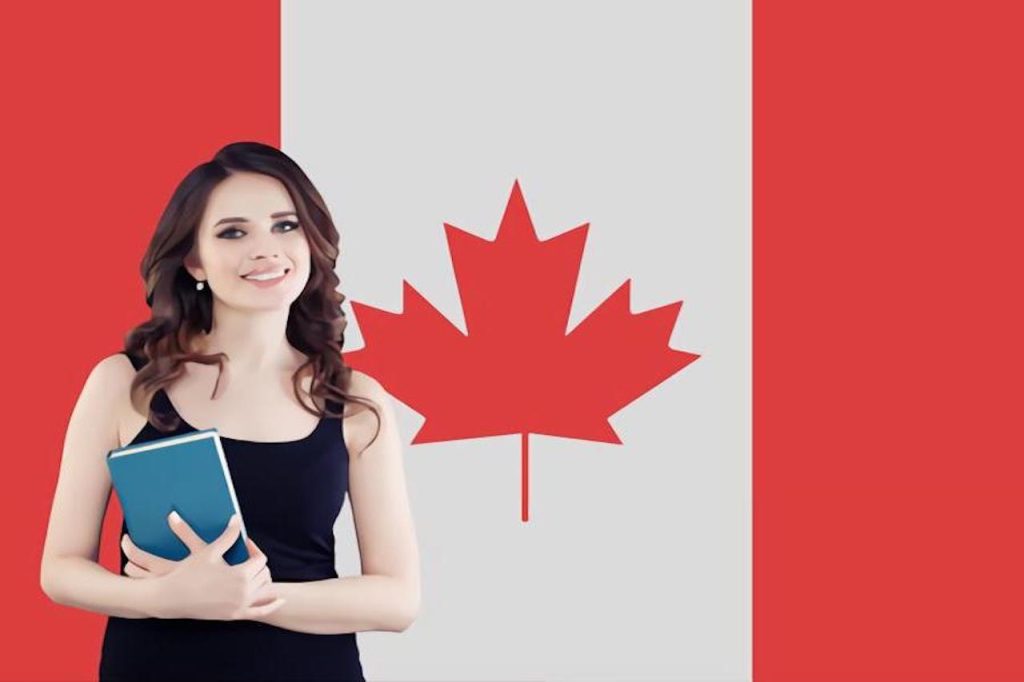 Other Scholarships In Canada For Undergraduate International Students Are;

Canada consistently ranks as the best country for a good life. Studying in Canada offers you an internationally recognized education from leading academic institutions across the globe. This is why we have taken the pain of researching before we came up with the list of schools that offer international scholarships and quality education. We value you and we want the best for you!